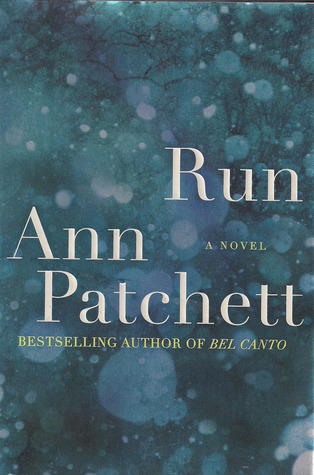 Tip and Teddy Doyle were adopted at a young age and grew up in a supportive, loving, and privileged home – although their mother died when they were young, their father, Bernard, was focused on them and vigilant about their development into civic-minded, intelligent humans, even while simultaneously working hard as the mayor of Boston. But while the boys grew up with plenty of money, attention, and love, and never wanted for anything, of course they always wondered about their birth mother. So when a chance encounter with a stranger offers them a possible window into their biological origins, they are unable to resist the temptation to find out more.

Ann Patchett is an author I unquestionably love. I will read anything she writes. Bel Canto is one of my favorite novels, and This is the Story of a Happy Marriage is probably my number one favorite collection of essays I’ve read. Her writing is just so good, so delicious, exquisite, I don’t even know what else to say. I LOVE HER. Got it?

So imagine my sadness when I thought this novel was just okay. It felt to me that she was attempting to say something about race but I really struggled with what exactly that was. My pessimistic, negative brain tells me that the book felt racist in a way, and while I’m sure that wasn’t Patchett’s intention it might be a little true. The black boys get adopted by a white family and grow up in wealth and prosperity while their biological mother lives just minutes from them in a shitty neighborhood? Ugh. It was the type of premise that is just dripping with racism but trying so hard to be the opposite of racist – does that make sense? It was just uncomfortable to read.

As usual, Patchett’s writing is fantastic. These characters are well-drawn if a bit one-dimensional. The dialogue is witty, the twists and turns of the novel are well-placed, especially given the fact that the book takes place over a period of twenty-four hours. Yes, there were things I liked about Run. But the overall book made me roll my eyes and the premise was just so uncomfortable. I still love Patchett but I would not recommend this novel because she is SO much better than what she put forth in this book. Please read Bel Canto or State of Wonder or literally anything else she’s written instead.

8 thoughts on “Run by Ann Patchett”