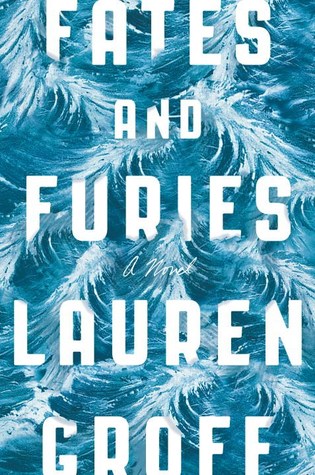 Fates and Furies by Lauren Groff
Published by Riverhead Books

This book has gotten a TON of attention over the past couple of years, so I’ll just do a quick summary and move on to my quick thoughts. It’s the story of a marriage, with the first half of the book being told from the man, Lotto’s, perspective and the second half being told from the woman, Mathilde’s, perspective. It was on a bunch of best-of lists when it was published a couple of years back, and has gotten tons of great reviews.

What did I think? I really liked it, and I definitely can respect Groff as a writer. What she accomplished with this story is something that seems like it should be a surface-level character study, a basic but good literary novel about two people and their lives together, but ended up being so much more than that. These characters are interesting, twisted, nuanced, incredibly unique, strange in many ways, and their flaws make for exciting and highly entertaining reading. The book changes a LOT when it moves from Lotto’s point of view to Mathilde’s, and while it was jarring for a minute there, I ended up really being wowed by this change in writing and execution of plot.

What’s interesting about the novel is that virtually none of the characters are likable, once you really get to know them, yet the book is compulsively readable and incredibly addicting. Even though I pretty much hated the characters, there was a point at which it kind of turned for me and I found myself rooting for people I essentially despised. What Groff did with these characters and their stories was pretty remarkable.

Overall I really liked this book and I can see why it has been raved about so much. Lauren Groff is an author I definitely plan to read more from.

7 thoughts on “Fates and Furies by Lauren Groff”