My boyfriend is a huge fan of the band Rush, and as a drummer himself, he particularly loves Neil Peart. He is also not a big reader, so when he suggested that I read a few books that he’s really loved over the years – both Rush-inspired – I definitely wanted to check them out. While I didn’t love either book, I can see how a Rush fan certainly would love them both. Here’s a few thoughts on these two books. 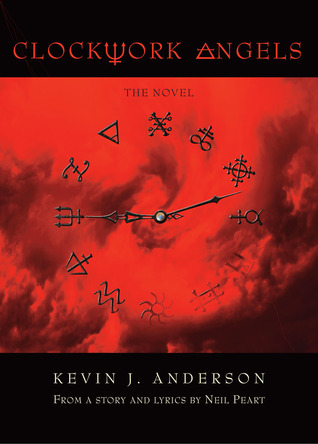 This is a sort-of steampunk, sort-of dystopian novel that was inspired by Neil Peart’s lyrics in the Rush album Clockwork Angels. It’s basically about a teenage boy who grew up knowing that the Watchmaker (almost like the Wizard from The Wizard of Oz) has put the world in such a perfect ordered way so that everyone can have peace and happiness. Everything is done in a prescribed way, every day is exactly like the one before it, and as long as everyone follows the rules and their routines, everything will be great. But when he’s on the cusp of becoming an adult in this society, he goes on an adventure that changes everything for him, as he learns that the way he grew up is not the only way of doing things, and he can live in a different society, with a different way of life, if he chooses to leave his father and everything he knows behind.

I liked the concept of Clockwork Angels enough and the way the world is explained by Anderson was interesting and gave me a feel for what’s going on within it. The main character, Owen was extremely ignorant about the world around him, which, although annoying, was of course by design so it made sense. Also, I would have liked to see a bit more character development within Owen, which could possibly have made me want to read future novels in this (I think) series. The story is well-paced and definitely held my interest – at no point did I consider giving up on the book, even though I found the writing and the story itself just okay.

The main thing I can say about Clockwork Angels is that I can totally see how a Rush fan would absolutely love it. There are tons of Rush lyrics sprinkled throughout the book – it would almost be like a scavenger hunt for a Rush super-fan to attempt to find them all. And now that I know some of the songs from the Clockwork Angels album, I can see how a fan of the band would love that the concepts of the album were expanded into a novel. Ultimately, this is a conceptual book more than anything else, and while it works on that level, either you’d like it if you’re a Rush fan and probably just not get it if you are not. 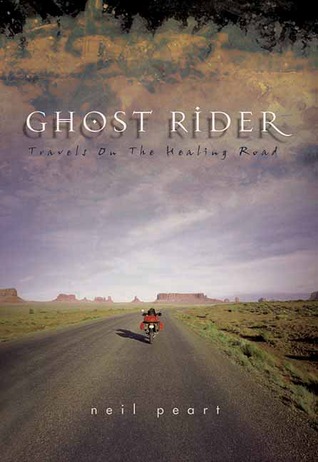 When Neil Peart was in his mid-forties, his nineteen-year-old daughter was in a fatal car accident. A year later, after being unable to cope with her grief, his wife Jackie succumbed to terminal cancer and also died. Ghost Rider is Peart’s memoir chronicling the year he spent by himself, driving around Canada, the US, and Mexico on his motorcycle, attempting to grieve and heal from the pain of losing the two most important people in his life.

Can you imagine losing a child, and then watching your spouse die just a year later? I certainly cannot, and I think these two things are the two things in the world most people fear the most. This was an interesting memoir because the way Peart chose to deal with his grief is definitely unique, but he knew himself well enough to know that this was the only way he could possibly heal and maybe move on to some other life he couldn’t dream of at the time that he started his journey. I liked reading Ghost Rider as a memoir on grief and found it interesting how Peart was able to heal himself throughout this journey.

While I liked the book, I can see how Rush fans must absolutely love it. Peart is a relatively private person and doesn’t like giving interviews or meeting fans, so for a Rush fan to get this much of an intimate look inside his thoughts, to get to know him this well, must be a pretty great thing. I would recommend Ghost Rider to any Rush fan or anyone who is looking for a memoir around the grieving process.