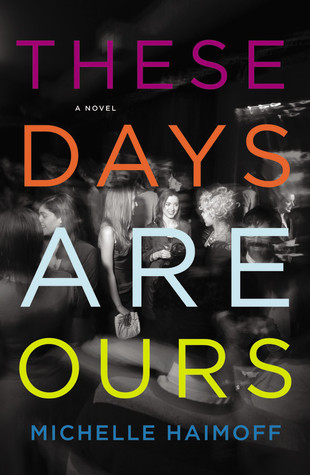 Six months after September 11th, New Yorkers are instructed to get on with their lives despite the terror advisories, streets filled with 9/11 merchandise, and mail that may contain Anthrax.

But for Hailey, still jobless after college and living in her family’s Fifth Avenue penthouse, getting on with life means getting closer to Michael Brenner, the Princeton graduate and future human rights lawyer who seems to have it all. The city feels as if it’s on the brink of apocalypse, and seeking out any sort of future seems pointless. So Hailey and her friends – Katie, already working at Morgan Stanley; Randy, a trust-fund kid who wears sweaters with holes in them; and Jess, confident of her future success regardless of her present inertia – stay out all night, dream up get rich quick schemes and aspire to greatness while questioning how much that greatness really matters.

But when Hailey meets Adrian, a transplanted Pennsylvanian and recent Brown graduate who doesn’t belong to Hailey’s privileged mileu, she begins to realize that her view of the world might not be the only one there is, and soon she is questioning everything she thought she knew.

I’m surprised this book didn’t get more attention from bloggers when it was published. A lot of bloggers I know would really relate to These Days Are Ours simply because a lot of them are of the same generation as the characters in the novel. I’m a little younger than Hailey and her friends – I was seventeen on 9/11, these characters were twenty-two – but the ages are similar enough that I related to them to a fair degree.

I totally experienced the post-college “what the hell am I going to do with my life?” paralyzing feelings that these characters face, although in my case I had to get a job pretty darn quick because those college loans weren’t going to pay themselves. So I wasn’t anything like these spoiled, rich New York City kids – but the feelings of missing college life, wondering what to do with this crazy thing called adulthood, I got that. I experienced it myself, and Haimoff captured those feelings perfectly here.

Something else that Haimoff just totally got was how when you’re a certain age with very few real responsibilities to speak of, the smallest things can feel like big moments. I can’t really explain it but while on the surface, these characters did almost nothing with their days, to them each new experience, each time they had a poignant conversation with each other, was momentous. I remember that feeling and I get it – and Haimoff gets it too.

These Days Are Ours is short, but there’s quite a bit of character growth in Hailey – to the point where she went from someone who really annoyed me in the beginning to someone I really liked and rooted for by the end. Whatever the book may seem to be on the surface, it’s not. What it IS is smart, funny, true, and like a snapshot from another time – a time not all that long ago, but emotionally way far away. Does that make sense? It’s good, though, really good – if any of the things I said even remotely strikes a chord with you, pick up These Days Are Ours.

10 thoughts on “These Days Are Ours by Michelle Haimoff”