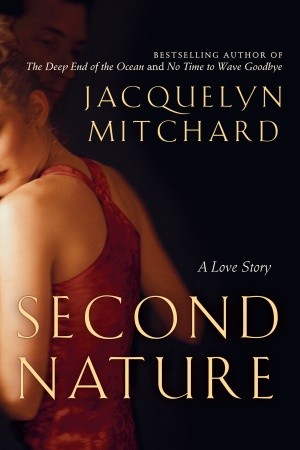 When Sicily Coyne was thirteen years old, she and her firefighter father were in a fire at her school, a fire that killed her father and left her with a disfigured face. Sicily’s mother passed away two years later, so Sicily was raised by an aunt who taught her to live life to the fullest, and as an adult Sicily is happy, engaged to a wonderful man who she’s known since childhood. But when she learns a devastating secret that shatters her entire life, she decides to take a huge plunge and accept the face transplant surgery that is being offered to her. The surgery changes her life in a million ways, but she is faced with more obstacles than she’d expected, and the choices she has to make about her new life have consequences she never could have anticipated.

I chose to read Second Nature because I’ve enjoyed Mitchard’s books in the past, and I was excited to find out that some characters from previous books (the Cappadora family, best known from The Deep End of the Ocean) make appearances in this book. The beginning of the book showed promise, and I found myself interested in Sicily’s story from the very start, but ultimately I felt that Mitchard crammed way too much drama into one novel here and was left feeling disappointed.

It is difficult to explain exactly what I didn’t love about this book without giving away plot spoilers, since my main issue had to do with the events in the book, so the best way that I can say it is this – just when I thought the events of the book had hit their breaking point of ridiculousness, something even MORE ridiculous would happen. I don’t mean ridiculous like stupid, I mean that there is NO possible way THIS many coincidences could happen, that this much stuff could happen to one person, etc. Does that make any sense?

However, I have to admit that I did care enough about the characters to continue reading through my disbelief and finish the book. I also am a fan of Mitchard’s writing and have enjoyed a few of her other novels in part because of the writing. She does write a compelling story with well-drawn characters.

I was sad not to like this one. It’s disappointing when an author you typically enjoy provides you with something less than stellar. Oh well.